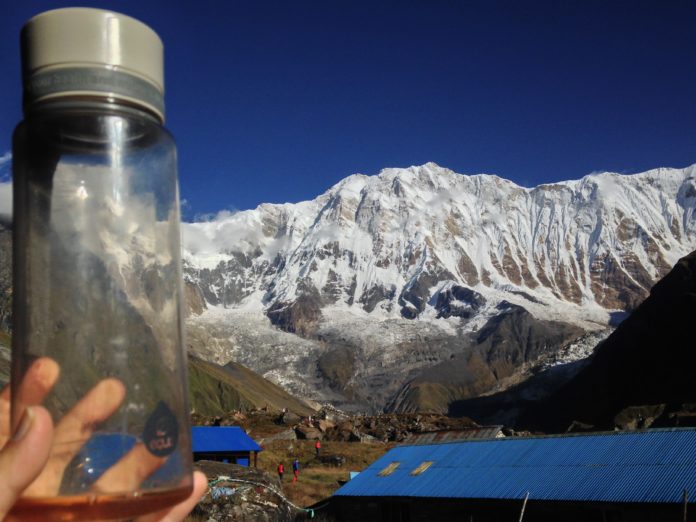 My name is Klára and I currently study Project Management at Czech University of Life Sciences. As it may be obvious from the name of my study program, my studies are not related to sustainable environment.

Everything started few years ago, when I worked as an intern in JRK BioWasteManagement.  I had no knowledge about circular economy, I just knew that is possible to segregate plastics, paper and glass. However, luckily for me I shared an office with Soňa Jonášová (CEO of INCIEN), who is an expert in this field. At that time, I had no idea that Soňa will have so big impact on me. Since then I try to be a small change in this world by spreading awareness about this issue.

I guess almost everybody knows, that the situation in India or Nepal is much worst than in Europe, however not so many people can actually imagine. This summer I got an opportunity to visit one of these beautiful countries with my faculty. I spent 17 days traveling around Nepal with local people.

The aim of article essay is to outline some facts about garbage and recycling in Nepal. All information is acquired from local people and supported by literature.

Nepal, such a beautiful country with kind people and unfortunately garbage everywhere. Burning garbage in villages, local people throwing a plastic bottle on the street. Why the situation is like that? Are the people lazy, is that just their mentality or do they have no other options?

Three years ago, according to the law every family had to recycle. People were given two bags and had to separate their trash for non-recycling trash and for plastics, papers etc. Nevertheless, people did not follow the law and the whole system did not work. Thus, the government decided to abolish it. Since 2017 people just leave their trash on the street and a refuse collector collects everything. All garbage from big cities (Kathmandu, Pokhara etc.) is gathered to one place where is separated. Recyclable material is sold to local shops and the rest of the trash is burnt. This could be the good example of reusing material, for instance in all shops you can purchase soft drinks (Fanta, Coca-Cola) mostly in glass bottles and water in plastic bottles. 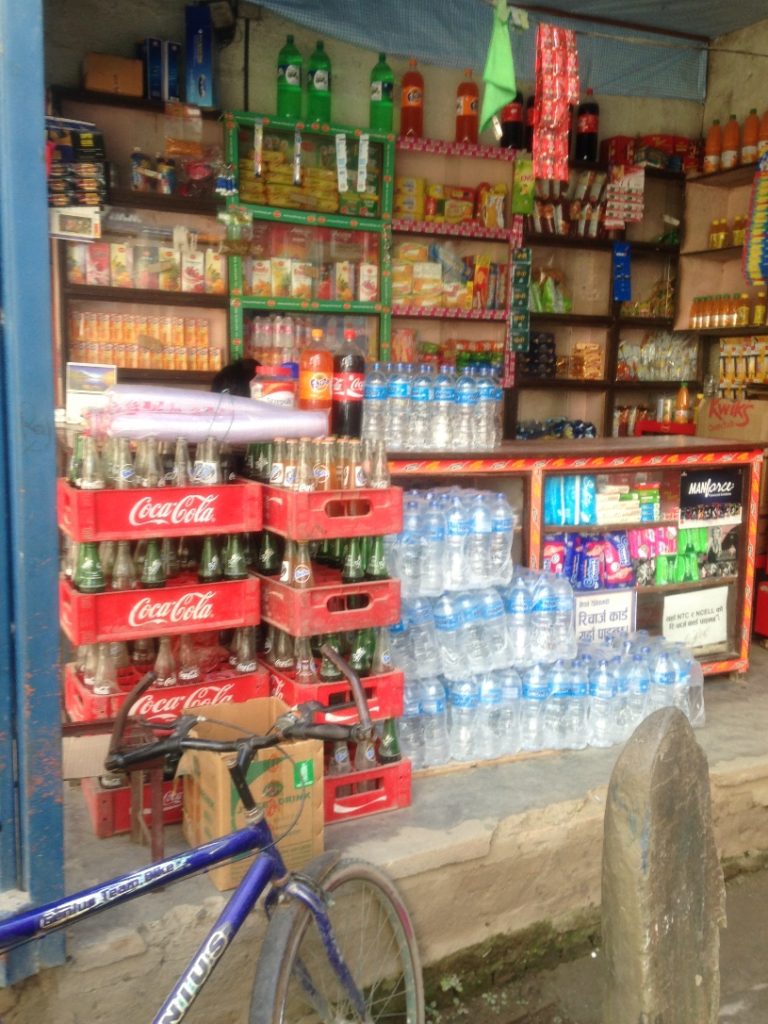 However, recycling could be more effective by using 3R (reuse, recycle, reduce) for recyclable materials such as plastic, glass, leather, rubber, metal, papers, and textiles. For instance, in Kathmandu Valley (the most populated city with the most waste) it could by recover 44% of these materials (Pathak and Saurav, 2016). But since there are not so many bins in the cities and no set rules for recycling, this can be hardly achieved. During my stay I noticed solely two bins, one in Kathmandu and one in Bakhtapur. 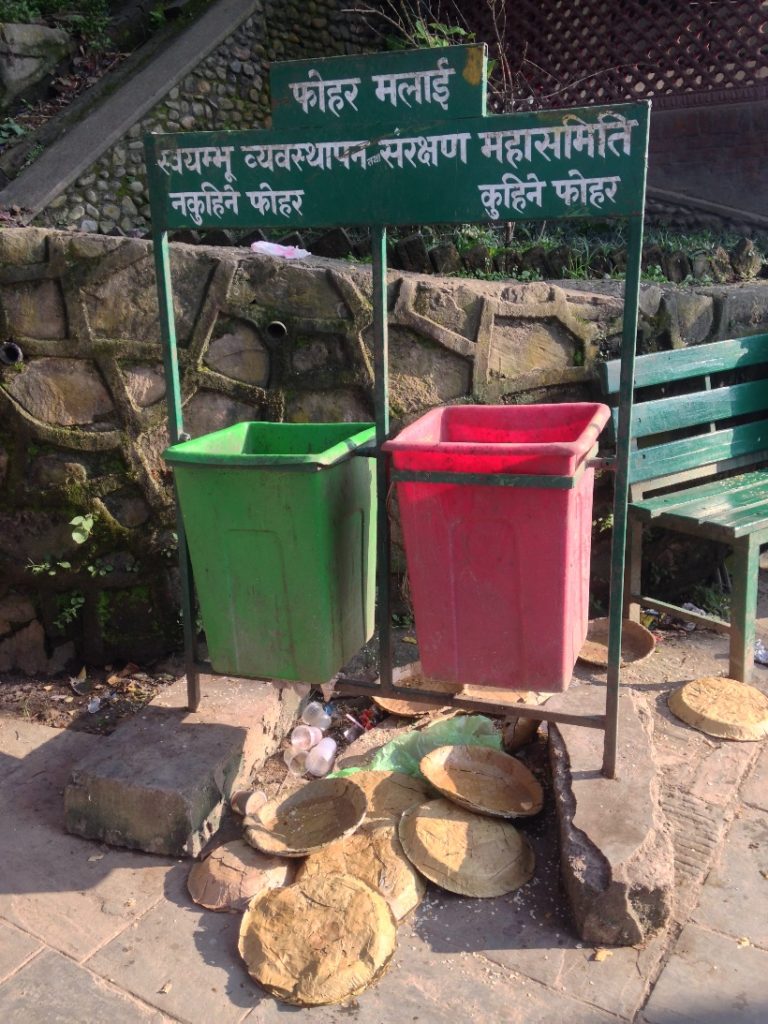 Of course, Nepali people have a resolution, when you ask them where you can throw it, they answer by pointing on the street (during our visit at Pokhara University I was told to throw a banana skin literally in front of the entrance of a faculty). According to Lorch (2014), people throw the trash to a river, leave it on the edge of the road or just throw it out of the bus window. This has a significant impact on people´s health and water in rivers.  Due to the no strict and clear rules you can see garbage virtually everywhere. When we came to Kathmandu the situation was according to locals much worst. There were heaps of trash from householders on the streets, because nobody had collected. This was due to the strikes of low pay, which were two weeks. Behind this all is the non-stable government, which changes every year due to a big competition between politicians. 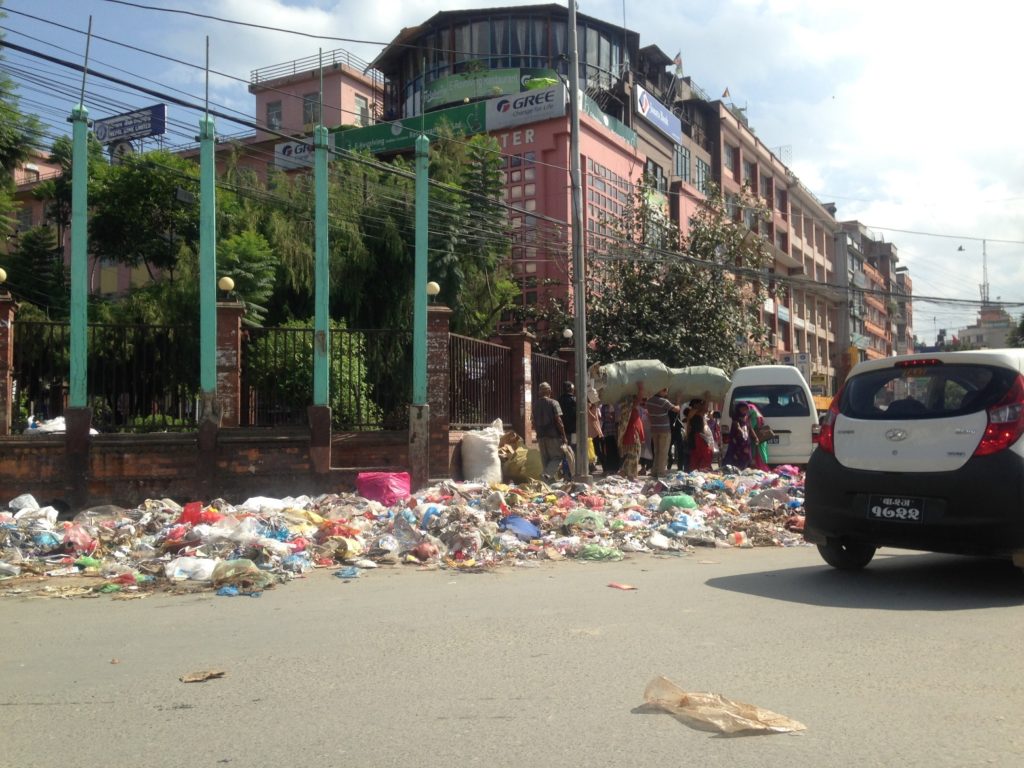 In small villages people do not even segregate their trash. Everything is directly burnt on the edge of wood. The roads between cities and villages are not good, hence villages have no possibility to recycle and collect it somewhere. 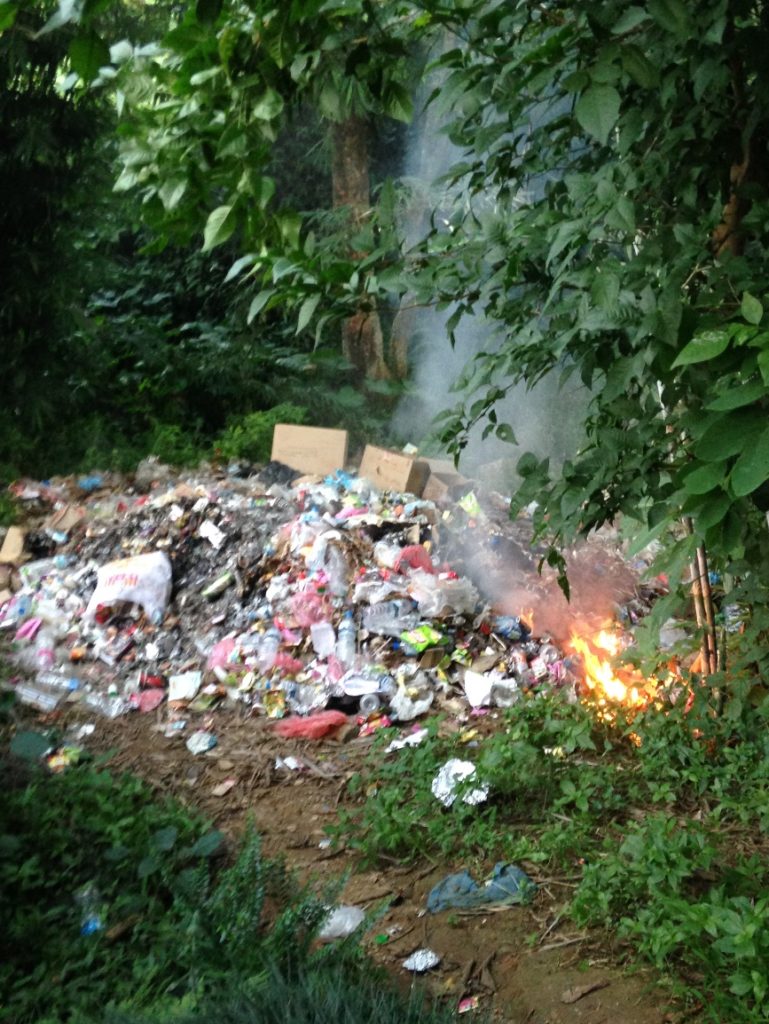 It seems, that burning trash is the only way how local people deal with their waste. Even hospitals burn their solid waste, throw it into the river or somewhere else or dump it into municipal garbage. In reference to Rai (2011), waste of hospitals may contain syringes, plastic, bandages and even some human body parts. Due to the high generation of this waste (more than 365 tons) the Bir hospital came up with an improvement and became as a model for recycling. In 2011 the hospital recycled 80% of its total waste. Another good example of recycling is city Dhankuta. Locals reuse materials and recycle bio waste by well-known method, vermicomposting. In comparison with other cities, this might be the cleanest city in Nepal (Bhattarai, 2017).  Another beautiful and clean part of Nepal is the Himalayas. People are aware of the nature around them and because this is the touristic place, they do not want to destroy it. In addition, there is no chance to buy a plastic bottle, every person, who wants to go for a trek is recommended to bring his own bottle, which can be filled by water from locals. 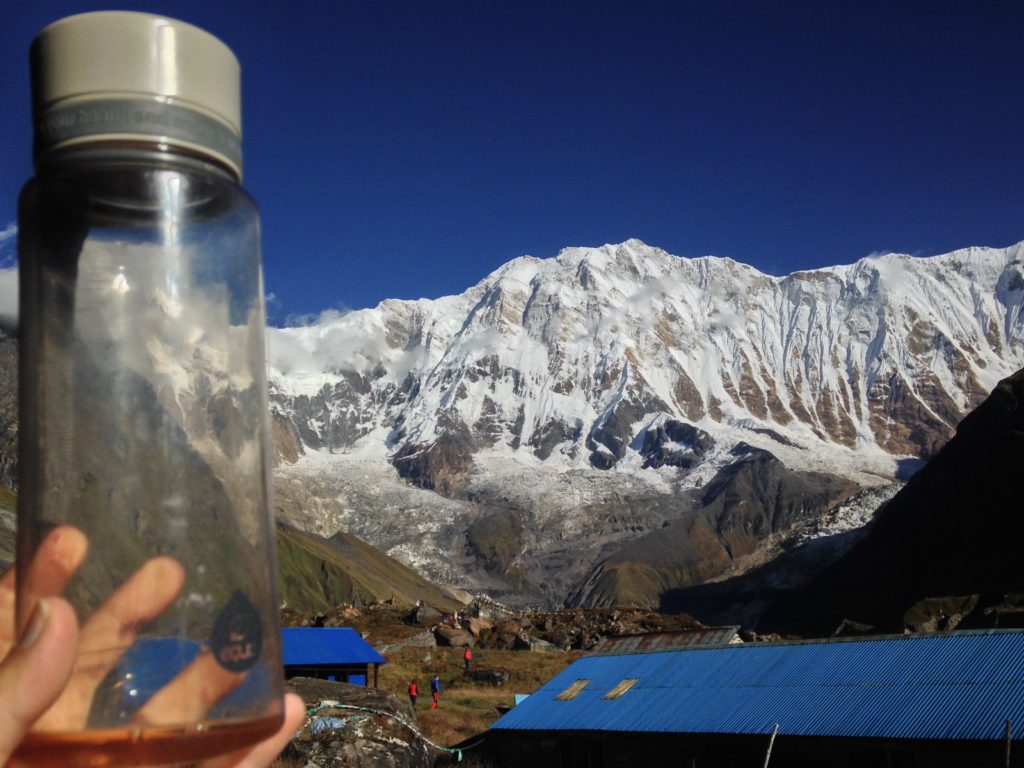 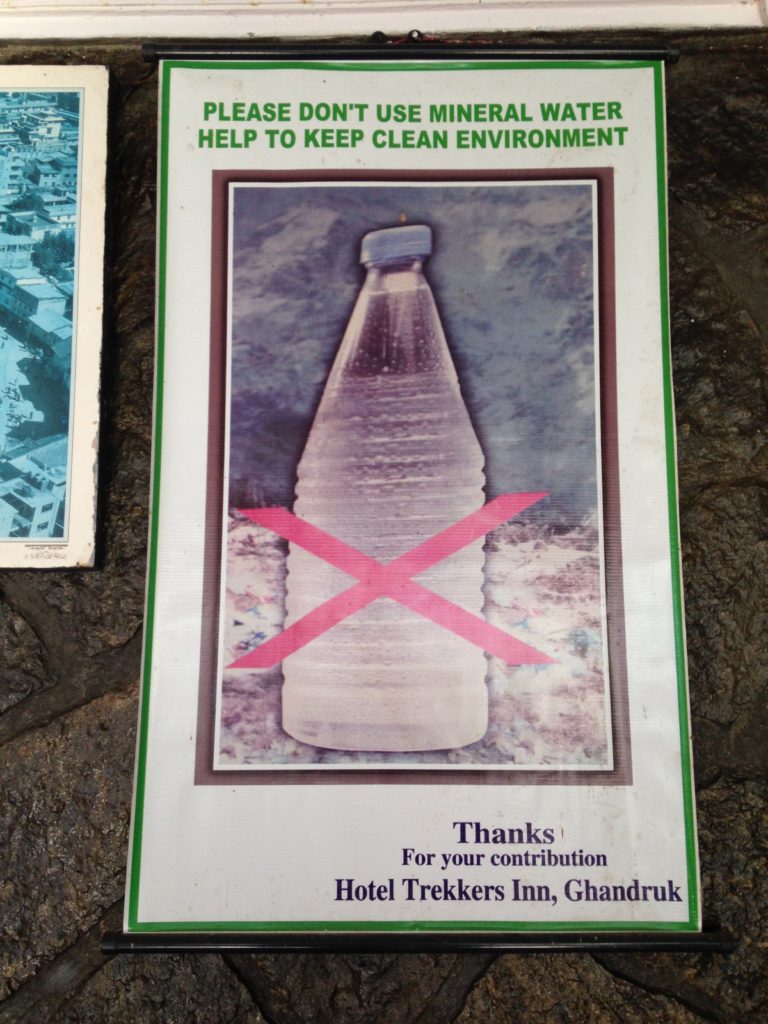 In Annapurna Basecamp locals had a hole full of garbage prepared for burning. 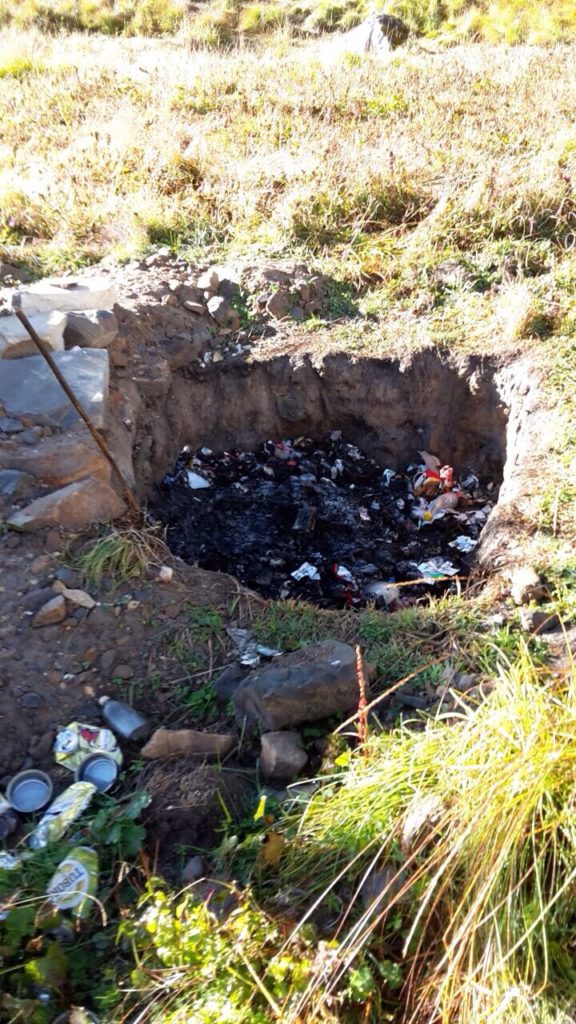 They also need to live from the sources which are available (e.g. building a roof from bamboo), because the transport to the mountains is expansive.

In this last paragraph I would like to mention one person, who is also trying to be a change in this country. Saran is an artist working with many different people (regardless of age, gender etc.) on projects, which are sometimes connected with sustainable environment. For instance, one of his project called “Beauty in unity” focused on reused material. He collected old clothes from people and covered with this a house. This project had already a good impact on a community. Saran inspired some locals who did the same with their house. Pathak and Sauray (2016) assert, that reused and recycled materials minimise the quantity of solid waste to be landfilled and can be used as a potential source of livelihood for the poor. This clearly shows, that reusing would assist with enhancing two issues of the country.

To conclude, Nepal may have many NGOs, activists and other organisations helping to deal with the garbage, however until there will be no strict rules and support from the government, these actions will be just a small enhancement in the whole system. 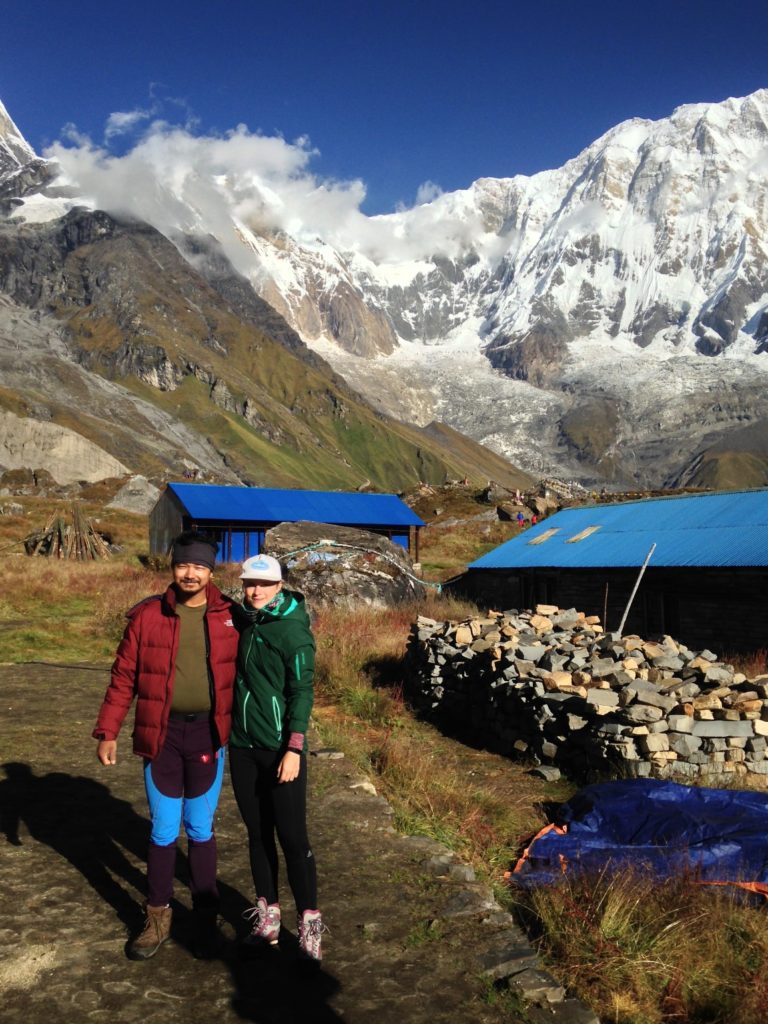 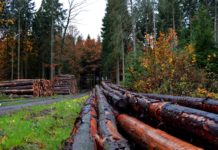 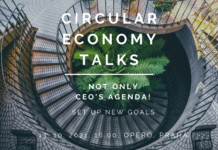